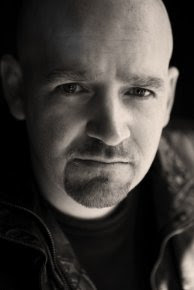 1: What is the most productive time of the day for you to write?
It sounds weird, but I'd have to say that the middle of the night is the most productive.  Part of the fun of being a writer is working my own hours, and in my case that means I am often awake at 3 in the morning, clacking away like mad on the ol' keyboard.

2: Do you start your projects writing with paper and pen or is it all on the computer?
Computer!  Very rarely I'll do some brainstorming with pen and paper, but mostly I try to avoid that.  If you'd ever seen my handwriting, you would know why.

3: What do you draw inspiration from?
Various places.  I read a lot, I watch movies, and a lot of what I write about starts from very random places.  For instance, I wrote a book called RUN (available at http://www.amazon.com/Run-ebook/dp/B003PPD9NM) that was born conceptually when I went to visit a working silver mine on a vacation and thought, "I've GOT to write a book that has a chase scene in a mine."  Sure enough, a few months later RUN was born.  And it's done very well, going as high as No. 61 on the Kindle charts at amazon.com...out of over 800,000 books!

4: Do you set goals for yourself when you sit down to write such as word count?
Occasionally.  More often I set a goal of telling a story that will be interesting and entertaining, and that takes a certain amount of time, so word count generally isn't a problem.

5: Are you a published or a self published author and how do you come up with your cover art?
I have been published AND done self-publishing.  Of the two, believe it or not, the self-publishing has been far more lucrative.  I have over a dozen self-published books available at amazon.com and smashwords.com, and they're all doing very well.  As for how I do my cover art, that's a secret.  I could tell you, but then I'd have to kill you.  And since I'm still on parole for killing the LAST guy who asked that question, I'd better not open that particular can of worms again.  But I will give you a hint: it involves voodoo.  And also a carton of Band-Aids.  More than that, I cannot say.

6: What drives you to choose the career of being a writer?
Who said CHOICE had anything to do with it?  In my case, my father was an English professor and head of the Creative Writing department at Pepperdine University for something like eighteen decades, so I had a genetic predilection toward the masochistic state known as "writing."  I started writing when I was four - I kid you not, it was a story about a parrot, written all in red crayon - and haven't looked back since.  But with the success of my books, as well as the fact that I've sold several screenplays, I can definitely afford to devote more time to it now than I used to.

7: Do you own an ebook reading device?
I do.  I have a Nook and an iPad.  I like them both for different reasons.  I definitely like the ability to read outside that I get with the Nook's screen, but it's nice to have backlighting at night when I'm reading in bed.  That way I can read without waking up my wife.  Which is a dangerous thing to do.  Grrrr.  No, just kidding, she's actually very sweet about dealing with my weird hours, but I do like to let her snooze when possible, so the backlight is great for that.

8: Who are some of your favorite authors and What are you reading now?
Dean Koontz and Orson Scott Card are probably my favorite authors.  Not only that, but I count both of them as friends and as two of the nicest people ever.  Koontz actually sent me a Christmas present last year (really!), and Card has let me call him at home to discuss writing on several occasions.  Like I say, they're super neat folks (do people even say "neat folks" anymore?), and excellent writers to boot.
As for what I'm reading now...a book by Dean Koontz, a book on child psychology, a book about FDR, and a couple other books that are sitting on my toilet.  Yes, I'm a dad, which means that my best reading time is often when...well..."otherwise engaged."  <grin>

9: What do you think of book trailers and do you have any plans to have any?
I think book trailers are ridiculous.  I can see a book having a small car or a motorcycle, but an entire trailer?  Come on!
What?  Oh, THOSE kinds of trailers.  They're cool, I suppose, when done right.  Mostly I prefer just to read about the books I'm going to take a gander at.  It seems kind of weird to watch a MOVIE about a BOOK.  That being said, I've got nothing against trailers, though I have no real plans to do one for my books.

10: How did you come up with the title of your latest book?
The title of my latest is PERDITION (http://www.amazon.com/Perdition-ebook/dp/B005064Z14).  It's a book about a guy whose family decides he is the Antichrist and tries to kill him and his wife and child.  A dark, fun thriller.  And I called it PERDITION because that's what it's about.  I'm clever like that.  Ha!

11: What are you working on now that you can talk about?
I'm working on a number of projects.  I have a book called THE SCRY about a child who is being hunted by a government agency, and I'm working on several screenplays for Hollywood production companies.  Busy, busy, busy.  Which is good!  I've also got a blog at my website (http://michaelbrentcollings.com) that I update semi-regularly (meaning "whenever I feel like it"), and do groovy interviews like this one pretty often.
Speaking of which, thanks for letting me chat with you!  I would love to point out that on my website, there's a link called LTUE papers.  Click it and you can find several papers on writing and how to avoid writer's block, all for free.  Woohoo!
So thanks again...and keep writing!