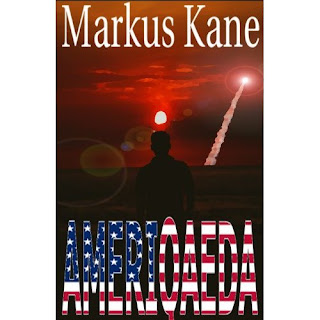 1: What is the most productive time of the day for you to write?
I write professionally as well as creatively. My most productive time for my work is in the morning. I typically get up at around 7 or 8 and start writing after I eat breakfast. I try to get all my work done before two or three in the afternoon.
Creatively, I’m best at night. It isn’t even close. I typically write starting at about 7 or 8 and don’t stop until about 10 or 12, sometimes later. When I’m creating a new work, I write every night until it’s finished. And I don’t miss. I aim for at least 10 pages a night. Sometimes I meet this quota,  sometimes I get past it and other times I don’t get there. But that’s what I aim for.

2: Do you start your projects writing with paper and pen or is it all on the computer?
I always have a notebook in which I write down stuff I’m thinking of, but I don’t count that as a new writing project. I have notebooks full of stuff I think of. I’ve kept these forever, and I have notebooks with ideas, thoughts, story-lines, news items and anything else I though of all scattered around.
A friend of mine, a composer, described his creative process as two distinct periods: a “gathering” stage and an “assembly” stage. I find this description useful. In the gathering stage, I try very hard not to write too much down. I might jot down an idea, or a plot thread, or bookmark some research  pages, but I try not to do too much. Once all the ideas have coalesced, have reached a kind of critical mass, then I can start writing it. That doesn’t mean I jump right into the manuscript, it just means I’m ready to put it on paper. Maybe character sketches, or outlining the plot, etc. It all depends on the project, but no matter what, I try to give the gathering stage enough time to work itself through before I start the assembly process.

3: What do you draw inspiration from?
I wish I knew, really. Usually I get an idea here or there, maybe do some research, which then leads to other ideas or characters. At some point more characters appear, and an idea merges with one or two others and I get a sense of the narrative and where it can go. Once the characters start taking on traits that aren’t just descriptions but that grow from their nature, and the narrative feels solid enough, I start it. The book is in charge by that point, and I try to get out of the way as much as I can.

4: Do you set goals for yourself when you sit down to write such as word count?
Absolutely. Ten pages a night is what I shoot for. I keep track of page counts with a  detailed record of my daily progress. At the beginning of each week, I write down the expected page count I should have at the end of each night. Then, when I start writing, I keep track of how much I write every day. At the end of the week I take a look at my goals and my production, then base the next week’s numbers on where I left off.

5: Are you a published or a self published author and how do you come up with your cover art?
Self-published, and I did my cover art mostly by myself, though I did have some feedback. I took open source or creative commons photos and used Gimp to edit the photos and create the cover. It was a lot of fun, especially trying to come up with a single image that would capture the essence of the  book and the eye of the reader. I tried to take cues from some other authors in my genre while still retaining enough imagery from the book to ensure it was appropriate.

6: What drives you to choose the career of being a writer?
I’ve been asked this question several times, mostly by people who aren’t writers. I started my professional life as an attorney. Though I still write professionally, mostly about the law and related topics, I don’t practice law anymore. Writing was something, I feel, that chose me, not the other way around. Perhaps it is the path of least resistance for me, something for which I have a natural affinity. I can’t really say. But I do know that the act of creating, the creative process as it exists in writing, is something I don’t wish to be separated from at any point in my life. I’m not a religious person, but the loss of the sense of self I experience in the creative act is very similar, I imagine, to the sense of connection spiritual people experience. It is as much a part of my lifestyle as the religion of the faithful.

7: Do you own an ebook reading device?
Yes. I recently purchased the Kindle 3. I absolutely love it. I bought it as kind of an experiment, to see what everyone was talking about. But now that I have one, I find it’s one of my favorite possessions. I mean, a world of books at my fingertips, where I can buy any book I want by typing in a few words, pushing a button and waiting a few seconds for it to be delivered to me? Come on. It’s no choice at all anymore between e-books and bound ones.

8: Who are some of your favorite authors and What are you reading now?
My favorite authors can change from week to week, but I always find the same name remain on the list: Ian McEwan, Bill Bryson, Hemingway, Tom Wolfe and Stephen King are always there. Ken Follet makes a lot of appearances, and other authors pop on and off depending on what I’m reading and when. Right now, I’m on Bill Bryson’s newest book “At Home,” and I’m reading an indie book “Forbidden the Stars,” by Valmore Daniels. Oh, and there are about a dozen others waiting on my stack, or rather, my e-stack.

9: What do you think of book trailers and do you have any plans to have any?
I love the idea of a book trailer. Like a movie trailer, a book trailer is supposed to condense the essence of a film into a two or three minute summary. This can be incredibly hard to do, and even more so with a book because you don’t have any original visual or musical work to accompany it. Including the right images, the right music, cutting it to the proper length and giving it a sense of pacing, all of this is incredibly hard. The good book trailers do this fairly well, though I don’t think they are nearly as compelling as a good film trailer. After all, how could they be?

10: How did you come up with the title of your latest book?
This one was really easy. “Ameriqaeda” is simply the nickname of the terrorist group in the book, an obvious play on words between America and Al-qaeda. Usually, though, if I’m having trouble with a title, I have this little trick I use that I find quite helpful. I write down the names of five authors. It doesn’t even have to be authors I particularly like or enjoy, just those who have books with recognizable titles. I then write down the author’s name and write three titles that they would come up with if the book was their own. For example, if Robert Ludlum were writing the book, I’d call it “The Hafnium Compression” or “The Vandenberg Gambit.” On the other hand, if it were Chuck Palahniuk's book, I’d call it “Vaporize” or “Domestic.” It is very useful and can be a lot of fun to try on another author’s hat.

11: What are you working on now that you can talk about?
Well, I've got two stories that are near the assembly stage, one of which is a sequel to “Ameriqaeda, ” while the other is a mainstream work, much different from “Ameriqaeda.” I got the idea when I visited an old World War Two P.O.W. camp outside of Concordia, Kansas. It was a very large camp, with thousands of German prisoners held there during the war years. There’s barely anything left of it now, but I think a story has grown out of it, and I think it might be ready to put into paper.