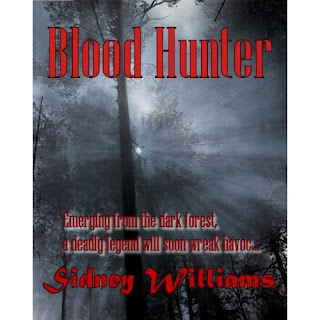 1: What is the most productive time of the day for you to write?

I’ve become an early morning writer in recent years, though I was once a night person. I worked a night shift as a reporter then wrote after work. It was a bit difficult to adjust, but I’m now a fully evolved a.m. writer. I find my brain is more agile before the day has put it in a skillet and flipped it a few times. I set my coffee maker so coffee’s brewed when my alarm goes off. I get up about 15 minutes before I want to begin writing, read headlines, see what’s on sale on the shopping networks and then dive in until time to go to my day gig.

2: Do you start your projects writing with paper and pen or is it all on the computer?

I’ve configured my brain to work exclusively through the keyboard. That’s from years as a reporter and/or copywriter. I may make notes with a pad and pencil, but all of my real work is done at the computer, and I’m pretty comfortable with that.

3: What do you draw inspiration from?

4: Do you set goals for yourself when you sit down to write such as word count?

I do set goals, but I think far less about word count than I once did. I focus mostly on making sure that the story flows well. I’m just out of an MFA program at Goddard College where the emphasis was on slicing out every extraneous word and honing what one of my advisor’s, author Selah Saterstrom, called narrative duration.

5: Are you a published or a self published author and how do you come up with your cover art?

The novels currently becoming available as e-books from David Niall Wilson’s Crossroad Press were originally published by Pinnacle Books as mass market paperbacks. I’m re-editing mostly the prose for new editions, tightening and cutting. Their word count will be slightly shorter than the original editions. David is working with a couple of artists on covers. David Dodd did the cover Blood Hunter that’s out now, and Neil Jackson of The Penny Dreadful Company will do some of my other titles.

6: What drives you to choose the career of being a writer?

It chose me, I suppose. I like the William Faulkner quote: “An artist is a creature driven by demons. He doesn’t know why they chose him, and he’s usually too busy to wonder why.” I’ve wondered a few times, but I don’t have any other answer.

7: Do you own an ebook reading device?

I have the Stanza, iBooks and Kindle apps for iPhone, but I have a Kindle on order because I want a  little larger reading area. I’ve actually read e-books on a classic iPod using shareware that would convert texts for the “Notes” area, though bookmarking was a challenge. I’ve read on a laptop as well, but I see the virtues of a flat, self-contained reader. It’s easier to recline and read. Eventually I’ll probably get an iPad.

8: Who are some of your favorite authors and what are you reading now?

9: What do you think of book trailers and do you have any plans to have any?

I don’t know that I’ve ever been compelled to buy a book just because of a trailer, though I’ve watched trailers for books that have interested me. I guess trailers are almost becoming a necessity because of the sheer number of titles now available. Sam Raimi developed the shaky cam for The Evil Dead. I’ve thought about seeing what I might be able to come up with for the e-book of my novel Blood Hunter using a Flip Ultra in the woods behind my house.

10: How did you come up with the title of your latest book?

Blood Hunter was the original publisher’s title. David Wilson and I talked about a new title or restoring one of my original, suggested titles but I decided we’d keep the one under which the book originally went out.

11: What are you working on now that you can talk about?

I’m revising my book Gnelfs for an e-book release in the near future. Speaking of titles, Gnelfs, in the story, are children’s book characters that are half-gnomes, half-elves. It’s really a dark fantasy. It’s set in a medium-sized city or I’d say it was early urban fantasy. I kind of pushed the limits of what Pinnacle would let me do within their horror line when I wrote for them. Beyond revising my Pinnacle novels and young adult novels I wrote as Michael August, I’m working on a couple of other projects including a revision of the novel I recently wrote as my master’s thesis. I consider it a Southern magic realism mystery.